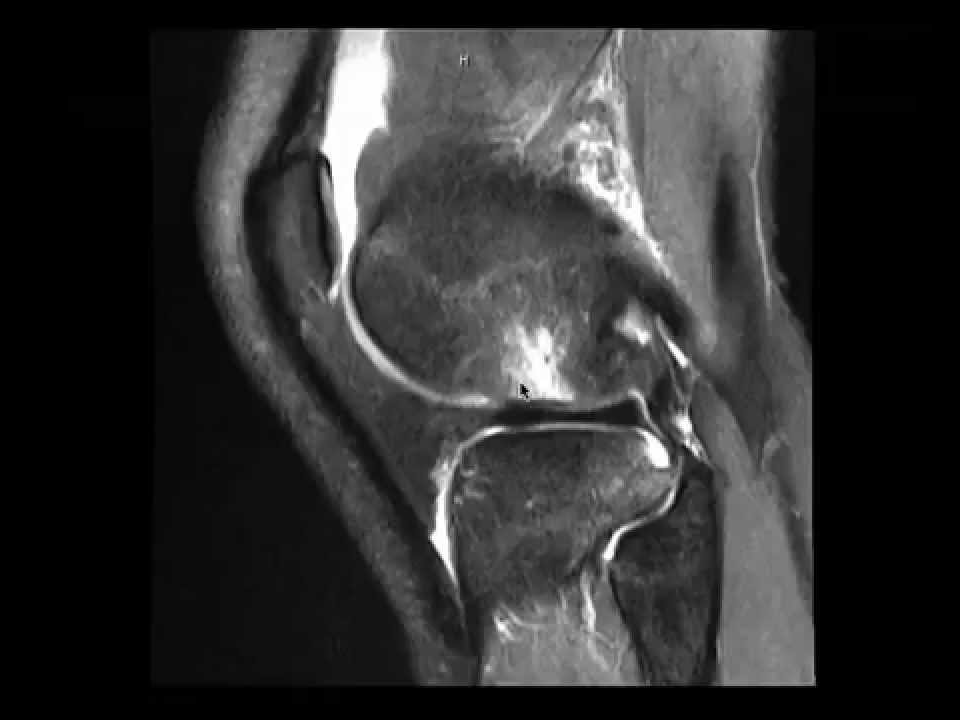 Five stages of dealing with an injury

Some of you may have noticed that I haven’t been filling up your Instagram feeds with pictures of me soaring majestically through the trees (or at least that’s how it looks in my head!) It’s now a fortnight since my ACL reconstruction surgery, so I wanted to put “pen to paper’ and write about how I am dealing with my injury.

Reader, cast your mind back to earlier this year when it was cold, snowy and raining…well ok, it’s still all of those things now but you get the idea! Some friends invited Mr B and I over for a ride in Dalby forest, to show us all the off piste trails that we can’t tell you about (and you thought Dalby Forest was a boring sufferfest!). The day was cold, but bright, and all of 2018 was laid out before us still. Mr Betty was trying out his shiny new Crankbrothers Mallet DH clipless pedals and got things off to an excellent start, falling over in the crowded car park before we had even set off and we all had a great laugh at his excellent impression of a captured turtle. Spirits were high.

As promised, the trails were steep, loamy and fun, with a small pinch of danger. After a few very awkward runs, including a lot of unclipping and swearing, Mr Betty decided to go back to change to flats. Muttering something about seeing Sam Hill’s face in a puddle and knowing what he had to do as he pootled off. In the meantime we sessioned a fairly tame part of the trail to pass the time before the boys returned. It was a nice loamy straight section in a beautiful setting surrounded by mossy trees and squirrels. On my third attempt at nailing a corner coming into the street I inadvertently focused too much on my elbows fast and forgot about a gigantic slippery root approaching my beloved purple steed and me. It was over in a flash, my bike went sideways and underneath me and my leg went with it (still attached to my body I hasten to add).

I felt a sharp pain in my leg and for a few minutes I wondered whether I had broken my leg, but as with my friends laughter the pain subsided and I stopped worrying too much. Lots of things hurt a lot, and as long as the pain stops probably nothing major really happened I reassured myself. I took it easy from then on and only pedalled on the blue trail back to the car park. The pain wasn’t too bad, I just hobbled around a bit over the next few days and couldn’t straighten my leg fully. Whilst this invited numerous “Gollum” comparisons from Mr B thought it wasn’t a big deal. The next weekend Mr Betty and I went for a quick spin at our local trails in Stainburn, nothing really hurt particularly, though I was fairly heavily focussed on obtaining a cool slo-mo of me railing a berm in the snow so perhaps I was oblivious.

Stainburn ride with a torn leg

A week and a half later the pain I was feeling hadn’t gone away so I booked an appointment with a physician as soon as I could. I still thought that maybe I had strained something or slightly torn a ligament at worst, I presumed that would be easy to fix and maybe meant a week or two off the bike. I kept making cautious plans and planning bike rides (and planning to buy a new bike) for the time after the results of a scan ordered by the doctors had come back. However, a few days after my MRI scan my results were in. I hadn’t made it through the next round and to add insult to injury….I had an actual injury. I had torn my anterior cruciate ligament (ACL). Worst case scenario I was looking at 9-12 months off the bike.

Me waiting for a surgery

I think until the day of my surgery arrived I did not really believe it had happened. When I woke up I didn’t really think of myself as a person with a torn ligament. In the build up to surgery I stationary cycled (it really isn’t as exciting as it sounds) and I walked to work everyday without too much trouble. It left me wondering whether I had really torn my ACL. I tried “not to think about it” which works sometimes, despite Mr B’s persistent rolling of the eyes at this approach. As the surgery deadline loomed nearer it was very hard to continue with that approach.

I think the anger does not go away (might say more about me). I am mostly angry at myself, angry that I did not spot the root and angry that I did not bail off the bike properly, letting my legs get tangled up in my frame. Had things gone just slightly differently, my life right now would look a lot different. Whilst eating chocolate and being looked after all day is not the worst thing that could happen I often find myself reliving the moment and frustratedely wondering why I couldn’t have done things differently. I even went as far as purchasing a “time turner” necklace after walking into a Harry Potter shop in York (worth a visit!). Suffice to say the necklace didn’t actually work or perhaps, despite Mr B’s assertions to the contrary, I’m not actually a witch.

I don’t like to admit it but there has been a healthy dose of jealousy mixed in with the anger these past few weeks and months. Looking through various social media feeds and seeing people enjoy things that I normally enjoy has made me both sad and angry, “sangry” if you will (there is probably an actual word for that feeling). It felt very much like that episode of The Simpsons where Bart spends the summer trapped in his room with a broken leg watching the other kids enjoying the outside (I have since been informed this infact a parody of an actual film, Rear Window, who knew!). Worst still, when I caught myself in a sangry state (it’s catching on!) I would get angrier still at myself… I shouldn’t let such things get me down I would say!

Hope is one of the healthier feelings I have gone through during this process. Thinking about life after rehab not only makes me sound like a hardened prison convict but it has also kept me sane in the long, boring days sitting watching Gilmore Girls and dreaming of the outdoors. Hope has mostly imagining getting a new bike and all the rides I want to go on. Much to the consternation of those around me, I have also been dreaming about getting a CX bike to train on before I can get back on a mountain bike full time.I have been dreaming about riding holidays and adventures next year. Those thoughts, the hope and the bargaining with myself, keep me sane most of the time.

It is only when you can’t ride that you realise just how much you relied on it to begin with, In almost three years I had gone from someone who never wanted to ride a bike to someone who’s mental health, in part, relies on it now. In the last few months there have been days when the way I felt left me wondering whether I would ever bike, run or even walk normally again. It often felt like there is nothing else that can help me and that the surgery will not fix me. But then Mr Betty would throw a slipper at me and I would crawl back out of my pit to be distracted by something on Youtube.

A week after I got the bad news about my ACL I was meant to go with friends to Wales to ride Bike Park Wals and the Forest of Dean. There was a period of time where I thought I was still capable of going and choosing to ride down a few easy trails, but most of all hang out with my friends regardless of how much gnar was shredded. I’m not sure what it meant but that weekend turned out to be the biggest snowpocalypse in the UK for several years. When ultimately we were forced to cancel I didn’t take it well, to put it lightly. It felt like not being able to ride bikes meant I might lose my friends and that was the last time I would be able to see them. Now this has so far not proved true but I am quite the drama queen when I’m sad, I’m not sure if that is coming out in this article?

Accepting what happened is a daily battle to be fair and I dont think I will be free of the depression, anger or denial and I will keep bargaining with myself until the day the injury is healed and I am fully capable of riding my bike. There have been a number of incidents since snapping my ACL, where I am aware that fellow mountain bikers have been left permanently unable to ride, that have gone a long way to putting things into perspective for me. I will ride again and for that I am thankful.

If you have read this far then it is probably abundantly clear that I would not get to acceptance on my own. Mr Betty had been my rock throughout this. He has listened to far more crying and hollering than normal and is still smiling each morning when he brings me my tea and puppy hearts for breakfast. He pushes me to imagine my future and all of the amazing adventures we will go on soon, whilst holding my hand when I am truly scared. Now he is doing an amazing job as a cook, nurse and emotional support. If you haven’t got one of these you really should try one.

Another huge fear was the recurring thought that I would lose my riding friends. Lady biking can be a very tight community but most of it takes place at trail centres and on bike based adventures. I was really worried that without being able to ride I would lose touch with the wonderful people I have been lucky enough call my friends (whether they want me to or not). I really shouldn’t have worried, every each one of them has reached out to me and lately I have been seeing them more often off the bike than I would riding with them. They have been there, supporting me through my fears and worries and showing me how to order in Wetherspoons without having to leave my chair.

Focussing on getting better is a powerful motivator. I am determined to get better soon, all the small achievements each day that would have been normal for others, like getting out of a chair on your own or not having someone help you pee, become milestones. I am focussed on my physio exercises and making sure I am in shape for when I can get back on my bike, though Easter has proved a calorific distraction the last few weeks. Getting back on the bike still feels a long way off but I know I am lucky that my injury is just an ACL tear and I am determined to appreciate mountain biking all the more as soon as I can head out on the trails. I look forward to seeing you all out there.

If you have had a similar injury and spent time in recovery I would love to hear from you so get in touch. I will put something out about specific exercises and actions I am taking in recovery soon. 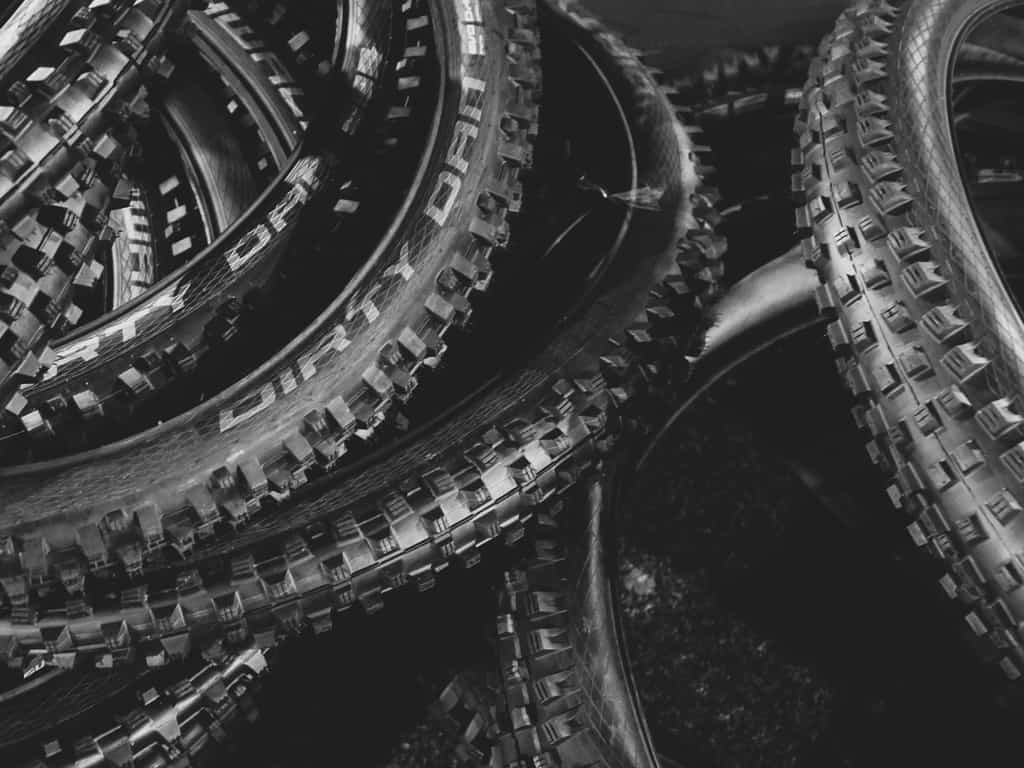