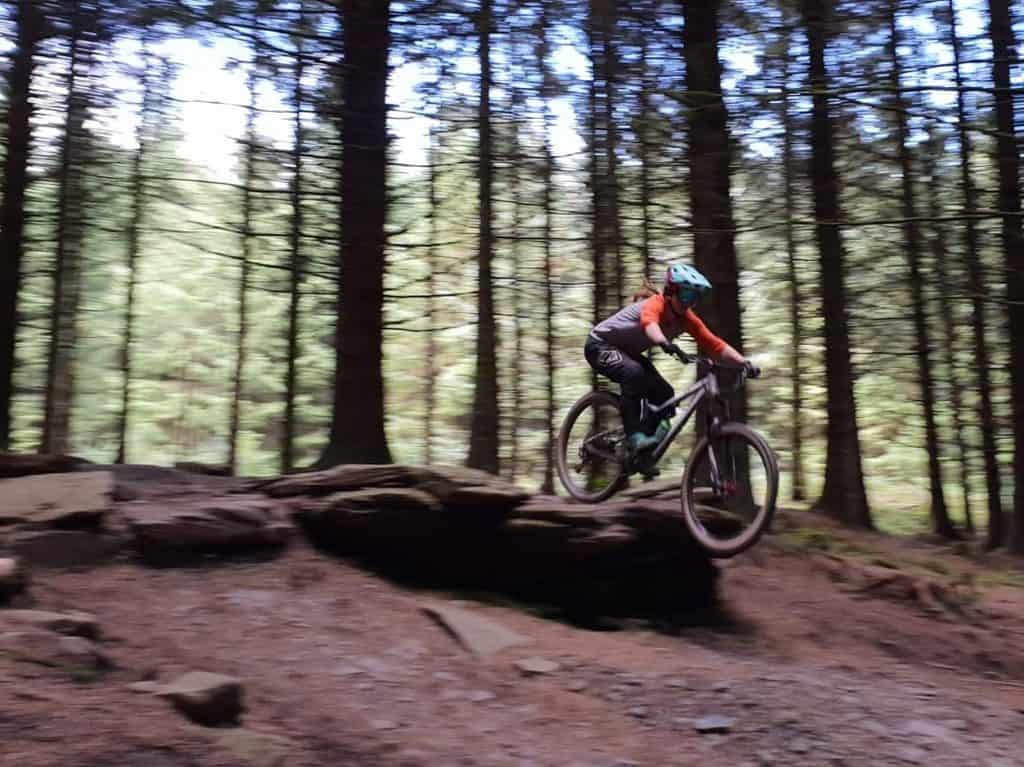 Getting Back to Normal – ACL injury update

It has been months since I last spoke about my ACL injury. Last time I did, it was just 2 weeks after my surgery and I was fully engrossed in eating sweets and binge watching Friends, not being able to carry my own cup of tea and devising a complex system involving flasks and plastic bags hanging off my crutches (I looked a lot like “the lady in the van” apparently). Let’s just say, a shower at that time was a great achievement and I became great friends with my dressing gown. It was like the laziest holiday I ever had.

In the first 4 weeks, I learned to walk again. It was so much harder than I imagined. I was scared and worried for my leg. My leg felt like it wasn’t mine and to some extent I had forgotten how to make my brain move it. I had to remember how to move my heel and my toes. Straightening my leg was a difficulty and stairs were a dreaded hop-along. What kept me going was the idea that this wouldn’t be permanent and eventually I would get back to “normal”.

Since then there have been a number of firsts. First walk, first one legged stand, first squat, first stationary ride and not so long ago, actual first ride.  Each one of those milestones were a big celebration and encouragement to keep going. I still remember that fear when holding on to the worktop in the kitchen, standing on one leg and letting go for split of a second. Almost as scary as a jump or a gigantic drop (though I wouldn’t really know!). All of it was worth it though. Sitting down on my bike for the first time, with a bit of pain, trouble and anxiety, turning the pedals and rolling the wheels was just like flying again. Nothing will beat the feeling of being able to do your favourite thing again. I have never had a serious injury before so I’ve not really been sure how to feel throughout this rehabilitation process.

First time I got back on the bike

Each next step I took was in no small part due to my amazing physio, Laurence. He pushed me and motivated me to do my best, even when I felt like I couldn’t. Over the weeks, leg squats became part of my routine, rather than a distant dream, though the road of recovery is still ongoing and I know I have work to do. I was so lucky to have had a great physio, he was communicative and inspiring and I came away from each session thinking that I would be ok. Ultimately, I actually think I am not physically fitter for riding bikes than I was before the accident.

However, the struggle is not only physical, but also psychological. At first, I couldn’t even sleep because of the leg soreness and pain. This made me reliant on other people’s help, something I am not always keen to accept. The only time I had soup for lunch was when Mr Betty was around, more because he made it for me not any strange soup fetish. I tried to keep myself entertained and thanks to my friends and Mr Betty and different types of crafts I kept myself out of the world of depression, plus you are all getting scarves for Christmas.

Painting was a great past time

If you read my article about instagram anxieties, you might anticipate that I was probably living with a healthy dose of FOMO (fear of missing out) during the first few weeks of rehabilitation. I was struggling with seeing the mountain bike world all out enjoying the summer whilst I was uncertain when I would be able to get back on the bike.

After a few months I decided on a date to get back out on the bike, starting off easy with trips to Lady Cannings, Sherwood Pines and anything that was fairly flat and not too long. At first the rides were nothing but pleasure, the feeling of just spinning my wheels were more than I could have imagined. However, soon enough I started to put myself under pressure. I worried deeply about the fact I was unable to do things I was capable of doing before the surgery. Whether it was an obstacle on a descend or a difficult uphill I would torment myself by comparing by skills prior to the surgery. Not once did I cry and throw my bike to the ground wanting to stop and give up.

Over the summer I went to the Alps. It was touch and go as to whether I would go, at only a few months post-surgery it didn’t feel like the “smart decision” but I wanted to make it happen. It turned out to be the right choice. In the weeks leading up to the tip I pushed my training and rehabilitation. In the end I took my bike with me and actually rode eight days out of twelve, which felt like a major victory. My riding days out in the Alps got progressively harder and I took on a number of trails and features that tested my limits. The pressure to not crash or to make sure rehabilitation goes ok has subsided since the Alps and somehow, knowing my limitations has really helped with pushing my riding further in the last few months.

Visiting the Alps 4/5 months since surgery

There are a few lessons which I think I have learnt as a result of my journey to recovery. Most of all, I learnt to take my time and listen to my own body for signs of when it is ready to take a new step (albeit sometimes it talks back in public, that’s not what I mean!). I learnt that time off doesn’t mean you are regressing, you are just taking a break. I believe there is a phrase about learning to ride a bike and never forgetting and all that. I learnt that social media can fuel your anxieties even more, especially when even unable to walk. I should have switched off from it much more than I actually did. Most of all, I learnt that most of the boundaries and challenges were in my head, which is not to say that they weren’t real, just that it was up to me, rather than my surgeon, to overcome them.

None of this would be even possible without Mr Betty, who even a day after the surgery, packed me in the car and drove me to the top of my favourite spot on Ilkley Moor, where we live, so I can put my head outside of the window. I’ll admit there was a moment where I thought he was going to leave me there in some Spartan style test of bravery but it was nice to know someone was looking out for me and showing me that the mountains would still be waiting for me when I was good and ready. I am grateful to my friends for never abandoning me and coming over to see me, sometimes when you enjoy a hobby with your friends it can be a bit strange when you ask them to step outside of that world to bring you grapes and magazines. I am also grateful that my injury wasn’t life changing, I know that people have had far worse and I’m just happy to have my health. Can’t wait for the next summer, being back on the bike is all I could have ever hoped for.