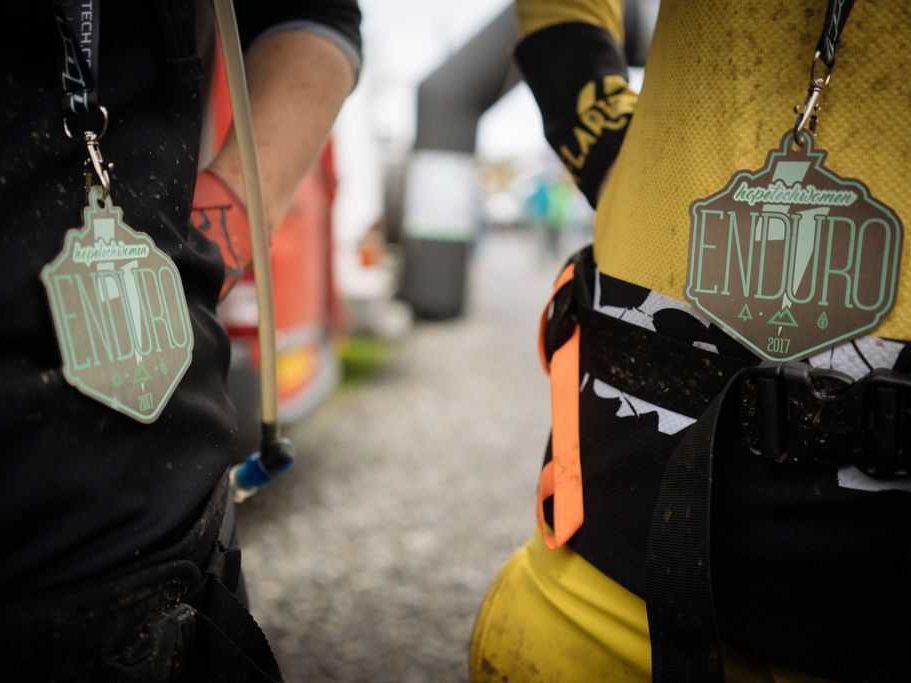 It is two years now since Hope, through their marketing manager Rachel Walker, set out to create Hopetech Women. Hopetech Women has had a big impact in a short time, empowering women in the sport through a series of organised, women-only rides throughout the country with the added bonus of being able to test out the latest kit from hope on some of their top spec demo bikes. I have been on a number of the rides. Apart from the well organised, positive rides and the extra motivational slices of cake at the end Hopetech Women have also put on excellent value mechanic courses that made me a flat tyre changing guru and have generally made a huge effort to support the female mountain biking community in the UK. It is hard to pinpoint exactly why this movement has been such a success but there is a general sense of ‘quality’ to the way Hope Tech go about organising and leading the events, perhaps we would expect no less from a UK brand who have become a byword for high performance.

This autumn Hopetech Women decided to push things a bit further, working with PMBA to put on women-only enduro event. It seems Hope Tech were keen to get women racing, in a supportive environment where having fun was as important as your race time. The first, and hopefully annual, Hopetech Women Enduro was organised in conjunction with the PMBA and attracted big names like Tracy Moseley, Bex Barona and Annie Last. The event took place on 14th of October in Gisburn forest, roughly equidistant between Manchester and Leeds and conveniently around 45 minutes from my house, so I really had no excuse to sign up.

Grace swooping through the trees on Hope Line. Picture by Roofowler

As the big day grew closer the rain seemed to increase, leaving me feeling less than enthusiastic about waking up so early on a Saturday morning however, an inspiring message on the event Facebook page had me up at the crack of dawn and setting off. Just making it to the venue was a challenge. The roads were scary (even by Lancashire standards) and the puddles on the roads almost went over our car bonnet, but we ploughed on in search of glory in the forest. Arriving in the Gisburn trail centre it was obvious that the weather had not scared off anyone else. Reviewing the after-race stats it turns out there were 222 women that took part in the event. Whilst perhaps it is not fair to make the comparison this was far more than those that attended Redbull Foxhunt the weekend before.

During the registration we were each given a Hope Tech goody bag with food and a few covetedtrinkets including the best quality bottle opener I have ever got my hands on and one of the best quality water bottles I have ever used. No matter what happened in the race it had been worth it already! After what seemed like an eternity of faffing, my friends and I were ready for the morning training session.

Start line of the first stage. Picture by Duncan Philpott

Being relatively local to Gisburn I have ridden there countless times in the past few years, this left me feeling relatively confident that I wouldn’t encounter anything new during the event. The first stage followed a fairly complex red trail out from the visitors centre through the woods, with lots of roots and rocks to catch you out.On the climb you have to pay attention to both your pedalling but also exactly where you are placing each crank so as to avoid the many rocks and roots. The unfathomably deep puddles were similarly unforgiving, leaving everyone wet and sweaty (some more than others!) by the time they reached Stage One.

Stage One takes in one of the most interesting descents on the Gisburn trail, also known as ‘Homebaked’. For a trail centre it is a fairly natural descent through a perpetually gloomy forest with roots, rocks and chutes to keep your attention. Despite it being natural and buried deep in the forest the Homebaked descent keeps relatively dry even in the wettest of weather and the shimmering rocks are grippier than you would expect. At the bottom, there was a choice of an A-line and a B-line, with the A line being a steep rocky staircase and the B-line a slightly mellower, but nonetheless rocky and twisty, descent. If you have ridden Gisburn before then you might have imagined what was in store, I was pleased to hit the A-line for once during an event and carry the speed through the straight line section.

Stage One leaves off onto a classic trail centre fireroad that had you climbing for a long time until you reached one of the wettest singletrack sections in Lancashire, and therefore the UK. Puddle after puddle lined up for us, leading us to the top of the second stage, where marshalls kept all of the contestants dancing and singing to stop us from freezing.

Stage Two started off on a rocky, quarry like hill known as Whelpstone Crag, and led through the biggest puddles of this race, though by now I am fairly certain I was wetter than an otter’s pocket. After opening with a few flat turns the trail transferred across a fireroad onto a new section, opened especially for the race. It weaves above the valley and to my surprise included a few climbs hidden amongst the rolling singletrack. As it was pretty new the track’s all-weather surface was loose but sure enough, I was looking forward to racing on it.

With Stage Two in the somewhat soggy bag it was quite easy to get to the last stage of the day. Taking the fire roads from the end of Hully Gully, for those that are familiar, we eventually climbed to the top of The Hope Line. It was the most bike park / trail centre style stage with berms, jumps and drops built into it.

Back at the trail centre, between practice and the main event, it was time to eat some cake, change your clothes (or just wring them out), browse through all of the bike company stands, grab a brew and set off again. The whole event had a really positive feel to it. It was amazing to see groups of people heckling and supporting us all the way through. Even at the top of Stage Two, the furthest and the coldest stage of the day, Marshalls shouted (mostly) nice things to encourage us and get us pedalling. The Hope line was buzzing with hecklers and encouraging voices, including Mr Betty’s. I have been to five races in my somewhat short “enduro career”, and none were as supportive and positive as the Hopetech Women Enduro.

The end of the day greeted us with sunny skies, too late! Picture by Duncan Philpott

Annie Last took the top spot in the elite category with a time of 6:05. Bex Bareona and Martha Gill followed closely behind. Polly Henderson swept to victory in the U21s, Sarah Collinson won the Senior category, Emily Horridge picked up first prize in the Masters and Catherine Hart topped the Veterans category. I finished up in the middle of the pack, coming 35th out of 63 contestants in my category. Despite the relaxed atmosphere, the results were very close! 20 seconds could easily lose you 10 to 20 places. No matter my result, I came home beaming with happiness.

This was truly the best women’s mountain bike event of the season. The atmosphere was relaxed, the organisers and fellow participants were supportive and environment inclusive. Anyone with an ability to ride a red trail was easily capable of taking part and the more experienced ones focused on getting across the line first! It was also amazing to race alongside Annie Last, Bex Baraona, Martha Gill and 86 first-time racers. The event was a definitive success and left all 222 contestants with smiles on their faces and with medals on their necks!