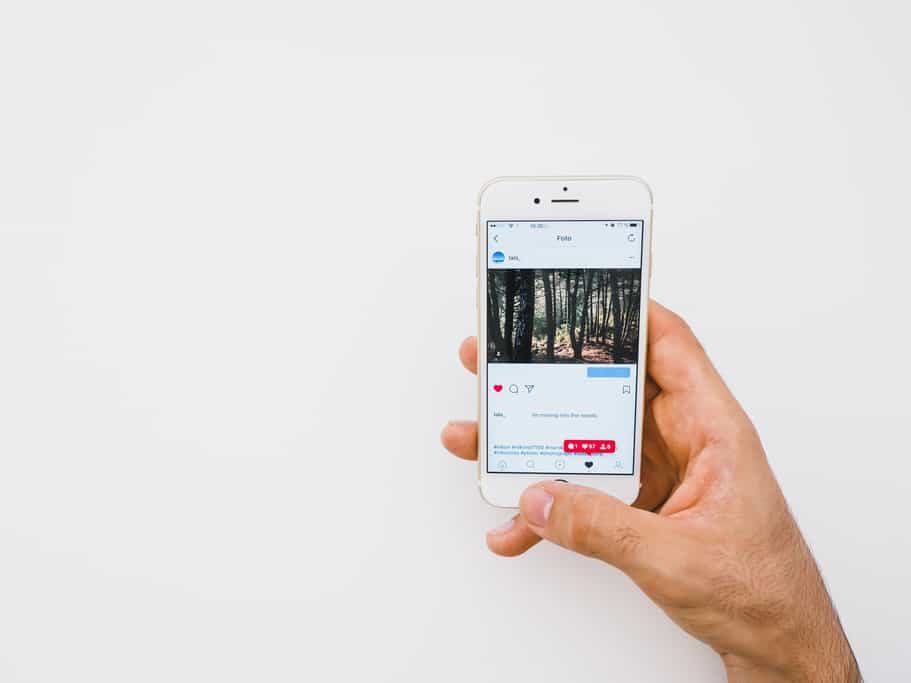 When I was in my teenage years (which wasn’t all that long ago despite the photo evidence to the contrary!) I do not think I could have envisaged the version of the internet that inhabits our lives and affects the way that we are living now. Around ten years ago Facebook was just getting off the ground, my Myspace profile photo was as emo as it could get and no one had even heard of Instagram. Who would thought that in a few short years I would be sitting at home continuously scrolling through my smartphone and seeing the “real lives” of hundreds of mountain bikers around the world. In my own case this is especially surprising given that I was a piano playing, rock band signing nerd with no inkling towards sport (don’t try searching for photo evidence, just trust me!).

In a relatively short space of time social media has become a significant part of millions of people’s lives. To give you some idea there are roughly two billion active facebook users, 800 million active instagram users and 328 million active twitter users at the present time. These statistics are all very interesting but what does this have to do with mountain biking I hear you cry?

I want to frame my discussions through the lens of Instagram (if you’ll excuse the awful punning), this is in as the app is said to be the worst social media for mental health and well-being and also because it is probably the one I use most heavily on a daily basis. The #StatusOfMind survey carried out by Royal Society for Public Health highlighted Instagram as the social media app that causes the most anxiety, depression, bullying and so called FOMO, aka the fear of missing out.

My research is mostly anecdotal but I believe there is evidence that mountain bikers can be victims of all of the above too. Don’t get me wrong, there are definite positives associated with this new form of media; like self-expression, identity forming or community building however, we need to address the good, the bad and the ugly (I’m not talking about Mr Betty!).

Each social media application has its own purpose, some can help users to meet new friends, strengthen the feeling of community within groups or allow you to find a riding buddy (or other kinds of “buddy” but we won’t go into those here). Often the thing that all of these applications have in common is the need for the user to approach with a sense of scepticism and employ critical analysis (it wasn’t just useful for GCSE English Literature exams). It is important to remind yourself that it’s all is not necessarily as it seems.

The results of the #StatusOfMind survey suggest that Instagram, where personal photos are the communication medium, received the worst scores for body image and anxiety issues. This is presumably because it’s predominatnly visual approach creates unrealistic standards, in no small part due to the abundance of  “posed for” photos. Within the female mtb community, body image might not be the forefront of the conversation, particularly when the sport itself is fairly athletic in nature, but still I believe that Instagram and other social media apps can have a giant impact on women’s body image issues.

“Instagram easily makes girls and women feel as if their bodies aren’t good enough as people add filters and edit their pictures in order for them to look ‘perfect’.”

Perhaps unlike the “mainstream” Instagram community there is another aspect to the “compare and despair” issue, caused by the skills and abilities of other mountain bikers in the web. Comparing yourself against anyone can be anxiety inducing but when you see all your internet friends hitting that drop you chickened out on, or nailing a jump in a way you can only hope to emulate, then it can have an impact in a whole different way. That isn’t to say that I am not genuinely happy to see so many girls improving so much and so often, but if you’re feeling down and out about your own abilities it can really be the depressing cherry on top. People have always improved and excelled in different ways, but never before has this been thrust upon us quite so much. Sadly my key strength, eating a large volume of pizza in a surprisingly short amount of time, is not revered on Instagram outside of a few niche and strange corners that I never want to return to.

Whether it is looks or abilities, “compare and despair” can cause a giant dent in your self-worth and can create a pressure to do more, better and faster. So that thing that you can’t do, whether it is a drop, a hill or a road-gap (I’m not sure this will ever be realistic for me!) or those clothes that you can’t fit into, it can become a giant problem. The obstacles can be daunting without that extra pressure you can put on yourself. This isn’t to say that competitiveness can’t be healthy and useful, Mr Betty knows to his detriment how competitive I can get, but everyone else’s achievements can be overwhelming and, in the long run, can be more damaging than inspiring. Even the most ardent, the toughest amongst us would probably confess to a few moments of weakness and perhaps a few wobbly bottom lips at the sight of that tall, beautiful girl with perfect hair nailing a line of jumps for the umpteenth time. Unless you are that tall, beautiful shredder, in which case keep doing what you are doing and share with the rest of us where you get your conditioner.

This is definitely not a road gap material!

The other side of the Instagram coin is FOMO. This isn’t some hipster concept restaurant but rather the ‘fear of missing out’. Given how potentially damaging Instagram can be for one’s self-esteem it is surprising any of us use it at all, but we all do. Probably the main reason why we still keep going with Instagram or Facebook is FOMO. The constant need to check your feeds to make sure that your friends are not having more fun than you are and the constant need to keep scrolling through the feeds.

FOMO is as daunting as the previously mentioned problems and at some point it gets everyone. Does it always feel like everyone is on holiday and is having a great time? If you take a look through you feeds it pretty much always look like it. It seems like everyone is having a great time, all the time. It can be quite daunting, especially when you have to deal with work, kids or an empty bank account (the pizza problem we talked about earlier). It is not easy to deal with it and so far I haven’t seen anyone come up with a practical strategy for dealing with it. I think that the only solid method for coping with these feelings is to employ that critical analysis and scepticism we talked about earlier. If you take charge of your brain and remind yourself that not everyone is constantly partying and shredding new, dry trails in brand new kit given to them for free by some industry insider then it might, just might, be possible to control those overwhelming feelings of despair. I talk about this a lot with Mr Betty, who probably has a far better grip on controlling those feelings than I do. His day job involves spending his time arguing with others for a living (he is still no match for me!) and analysing what people are telling him, looking for the cracks in the picture presented. He appears much better at not letting those doubts and despairs get the best of him, but if I really push him on it then I know he would say he feels overwhelmed by it all too.

Last, but not least is there is that enchanting, addictive part of Instagram; the feeling of instant gratification. That tiny rush of endorphins being released whenever your phone buzzes. It is instant, quick and keeps you coming back for more. This rush can spiral in the end and, just like any addiction it can lead to fully relying on the likes and follows as a way of defining your self-worth. Contingent self-worth is often unconscious and more common every day. It should be clear that defining your identity on that basis, with that kind of critique, can be extremely harmful in the long run.

I also found from a personal perspective that getting that perfect bike shot to show off in front of your friends, ultimately to get those likes and follows, can really spoil your ride. Rather than focusing on your friends or that fun section that you always enjoy or just discovered, I can often obsess about posting online about my achievements and days out. Riding your bike stops being something that allows you to escape that addiction, instead it becomes part of it.

So over time, as a result of mostly anecdotal and personal evidence, I have formed the view that social media apps like Instagram can, in their worst form, leave us feeling miserable but unable to look away. It seems like this is truly a 21st century problem. Our ancestors never had this problem, sometimes I think I would rather go ten rounds with a 12 foot lizard than ween myself off Instagram (no jokes about anyone’s mothers here alright?).

If you know how not to deal with those feels then please do let us know, we are on social media, just like you.